The Dangers of Childhood Obesity

Covering the dangers of childhood obesity

The dangers of childhood obesity are many. Increase in the prevalence of obese kids parallels the increase in obese adults. In the United States of America, one in five children, that is about 40% of children, a third of the adult population, that is, 70% of men and just over 62% of the women are either obese or overweight.

It's important for children to eat a wide variety of foods. Childhood obesity facts make it clear how lifetime nutrition habits are formed during childhood. It is important that we ourselves know how to eat healthy first. So when we give our children a balanced diet over a period of time, they will develop good and healthy eating habits. Health risks associated with childhood obesity include hypertension, social and psychological stresses as well as high blood cholesterol levels which are not good for the heart.

Perhaps, the single greatest risk in the dangers of childhood obesity may be children who remain obese or overweight into adulthood, and in most cases this is what happens. Obese kids who become obese adults are at a greater risk of developing;

The dangers of childhood obesity and obesity in general are that it result in alterations in the blood circulation and heart function, while abdominal obesity, which is the fatness mainly around the chest and abdomen, further restricts chest movements and alters the breathing function. This fat around the abdomen is also a major contributor to the development of high blood pressure, diabetes and alterations in blood cholesterol levels.

We will now look at the dangers of childhood obesity and obesity in general listed above in a little bit more detail: 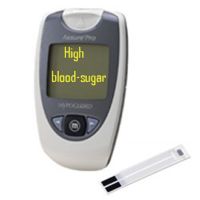 Although type 2 diabetes has often been termed as "adult onset", there have been cases where even eight year old obese children have started developing its symptoms. It's really sad to note that children who contract type 2 diabetes will have a life-time to develop the severity of the disease and their diabetes is much more difficult to control than of those children developing the classic form of type 1 diabetes with insulin deficiency. You may learn more about this in the article childhood obesity and diabetes.

Back Pain and Osteoarthritis

The other dangers of childhood obesity are back pain and osteoarthritis which may be adult onset. Back pain is one of the most common health problems caused by being overweight or obese. In Britain alone, it leads to the lost of more than eleven million working days each year. Osteoarthritis is a joint disorder which affects the joints in the knees, hips and lower back and it is exacerbated by being overweight. It appears that with too much weight gain, extra pressure is placed on these joints and wears away the protective cartilage.

Psychological and social effects are also dangers of childhood obesity. These range from the sufferers having low self-esteem to clinical depression. The rates of anxiety and depression are three to four times higher among obese individuals. I know of some obese individuals who feel like they can never fall in love or rather have anyone fall in love with them, yet alone get married. They feel alone and embarrassed of their body weight and shape.

Obese children are also often quite defensive. They have a wall put up already before anyone says anything to them, because often times they would have been teased by their peers or even family members. As a result, obese children may suffer from a number of psychological issues such as low self-image and confidence, a sense of isolation and humiliation and eating disorders such as binge-eating.

Due to central obesity, that is the fat around the chest and abdomen, obese people are often short of breath. Excess body fat on the neck and chest constricts the air-passageways, and sometimes the lungs. The more obese a person is, the greater the risk of apnea. Sleep apnea is a condition in which a person stops breathing for short periods of time during their sleep, causing drowsiness during the day. Obese people often complain of sleep apnea. The results of disturbed sleep include headaches, fatigue, loss of memory and depression. These two are one of the serious dangers of childhood obesity.

The gall functions to store bile which is produced by the liver and then secrete it during digestion of foods like fat. Gallstones come about as a result of the accumulation of cholesterol or calcium in the gall. When too much cholesterol or fat is consumed and not broken down properly, you get gallstones. You can reduce your child's or your risk of getting the gallbladder disease and gallstones by losing weight and eating a well balanced diet. The food pyramid diagram can guide you in coming up with a healthy eating plan.

Saturated fats are the common culprits that raise the levels of LDL in your child's blood or your blood. Most of the fast food that our kids eat are full of saturated fats and unhealthy trans fats. Unsaturated fats are healthier options as we still need fat in our bodies for various reasons such as brain functioning. Healthy unsaturated fat can be found in avocados and fish to name a few. You may read more about the healthy fats in the food pyramid diagram. 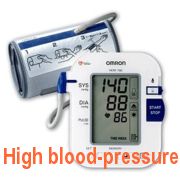 Insulin is the hormone that is secreted by the pancreas to help convert glucose into energy. When you or your child are said to be insulin resistant it means that your body would have become less sensitive to the effects of insulin. This in turn causes the pancreas to go into over-drive and release even more insulin. This leads to one of these two outcomes: obesity combined with cholesterol and increased rates of heart disease or diabetes.

Gout is a condition that comes about due to the build up of uric acid and it causes pain, inflammation and swelling in joints in particular the big toe. Obesity increases the risk of gout because of pressure on joints and chemical changes due to excess fatty adipose tissue. Hyperuricaemia is the condition where the levels of uric acid are abnormally high. Once again, central obesity and insulin resistance are the underlying mechanisms.

Dyslipidemis, menarche and impaired fertility are also dangers of childhood obesity. Dyslipidemia is a disruption in the amount of lipids in the blood, that is, an abnormality in, or abnormal amounts of , lipids and lipoproteins in the blood. It often comes about due to diet and lifestyle. Menarche is the beginning of menstruation, or the first menstruation. Most girls reach menarche between 11 and 15 years of age, the average being about 13 years. However, with obesity, menstruation can start from as low as 10 years of age.

Studies have shown that body weight affects a woman's ability to conceive. An obese woman has a heightened risk of infertility and menstrual irregularities. In men, levels of testosterone as well as certain other reproductive hormones are decreased as body mass index increases. According to research and studies, such hormonal effects have explained the poorer semen quality found in overweight men. Impaired fertility means your child may not be able to have babies and you may not be a grandparent, how sad will that be?

So let's take action now. We now know all these dangers of childhood obesity, so it is imperative that we give our children all the support that they need and help them get to a healthy weight and maintain a healthy weight or prevent them from becoming obese. The power is in our hands to make a difference at this point in time.

Back to Eating Healthy Home from Dangers of Childhood Obesity