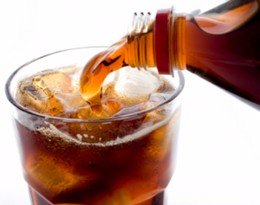 Soda nutrition facts, like fast food nutrition facts, vegetable nutrition facts and fruit nutrition are very important for us to know if we are considering how to eat healthy. The time and age we are living in has made sodas and fast food household names. They are what the majority of us are consuming. But more and more people are beginning to be aware of and can see the negative effects it has on one's health and want to begin a healthy eating lifestyle, and I presume you are one of those who want to start afresh seeing as you are reading this article!

Soda pops are now also referred to as "liquid candy" because of the high sugar content. And because of this sugar content, amongst other reasons, many of us know that sodas are not good for us, and yet we still consume them. I partially don't blame you though because some sodas like Dr Pepper, some orange sodas and other soft drinks contain caffeine. But what tops them all is Mountain Dew.

Did you know that a can of Mountain Dew contains as much caffeine as in one cup of coffee?! You may read more about coffee in the article coffee nutrition facts. Caffeine is a mildly addictive stimulant drug. No wonder why you can't stop gulping down those sodas- you may have become addicted to them, or even just slightly, but let's face it, addiction is addiction whether you are slightly or completely addicted. The terms liquid candy, soda pops and soft drinks will be used interchangeably throughout the article ao don't get confused, it's one in the same thing!

Now going back to sugar, the minimum recommended amount of daily servings for both teenage girls and teenage boys, those that are 13-19 years of age, according to the Canadian Sugar Institute, is 11 teaspoons, the maximum being 25 teaspoons. But we don't necessarily have to reach the maximum. Sugar has to be taken in moderation. According to a survey done, boys get 44% of that serving from the consumption of soft drinks alone, whilst girls get about 40%.

However, because there are some people who drink little soda pop, the percentages are higher among actual drinkers. Chances are that your child is consuming more than the recommended amount of sugar per day. Over consumption of sugar can lead to diabetes and obesity. In fact, research on soda nutrition facts has shown that there is a relationship between the consumption of sugar-laden drinks and childhood obesity.

Nowadays, vending machines of soda pops are in most of our schools, encouraging children to juggle down loads of sugar. Back in the day, kids from elementary, junior and high school used to line up at water fountains and drink water when they got thirsty, or even milk and not drink soft drinks. That's why there weren't as many health issues back then. Not saying that they weren't there but they were not as prevalent as they are today. Diet pop can be another option also as it contains no sugar at all.

Detour- let's talk about water. Water makes up to 60-70% of our body weight and is important for many functions in the body, such as helping to: cool the body (when we sweat), carry nutrients, digest food, remove waste and act as a cushion for organs and joints. Foods such as watermelon, oranges, cucumbers and tomatoes are some of the fruits and vegetables that are high in water content, and we can get about 20% of our water needs from them. The other 80% will come from beverages such as water itself, milk and juice. 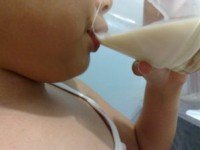 Ok, so where were we?...Teens have doubled, even tripled their consumption of soft drinks and their milk consumption has gone down by 40%. Some twenty years or so, boys would consume about twice as much milk as soft drinks, and girls drank 50% more milk than soda pop. NOW.... both boys and girls consume TWICE AS MUCH SOFT DRINKS AS MILK.

Teenage girls are now only drinking 60% of the recommended amount of calcium, worse for those who drink soft drinks, they consume almost one-fifth of the recommended amount. In order to build up bone mass to reduce the risk of osteoporosis later in life, it's important for females in their teens and twenties to take in the daily recommended amount of calcium. Some research suggests that drinking soda pop instead of milk can contribute to feeble bones which break easily in children and adolescents. You may read more about the advantages of drinking milk in the article milk nutrition facts.

So I'm sure by now you want to let you loved ones know all about soda nutrition facts and make a dietary change. I know change will not come easily because this is addiction we are talking about. There will obviously be some withdrawal symptoms and resistance, but if it's someone who you have influence over, you can help them make the right choices and decision starting today. YOU have to set the example, and if you can do it, then you can most certainly help others do it too. 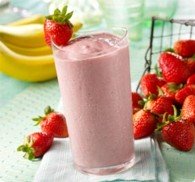 No longer will you be stuffing your body with things that are detrimental to your health but with healthier options. There are plenty other beverages that you can have in place of soda pop. At the top of the list is are water and skimmed milk. You can also try out smoothies, there are different types, some serve to detoxify your body and some just serve to give your body a pack load of nutrients. You can try out some of them in the article healthy smoothie recipes. You can start now to help your kids make the right choices concerning the beverages they consume.

If you were planning on eating whole foods then you have to say goodbye to soft drinks. Liquid candy is the average American's single biggest source of refined sugar. And refined, processed foods are nowhere near the whole foods diet. This diet has a lot of nutritional benefits to our bodies and in turn, our lifestyle. The National Institute of Diabetes and Digestive and Kidney Diseases includes cola beverages on a list of foods that doctors may advise patients to avoid. This is because, amongst other things, liquid candy may increase the recurrence of kidney stones.

Surge soda was stopped production in 2002 because the sales went down. However, its nutrition facts were as folows:

It's interesting to note that The Coca Cola Company then introduced the soda drink Vault, which has more or less the same ingredients as surge. The ingredients include Carbonated water, High fructose corn syrup, Citric Acid, Natural and Artificial Flavors, Concentrated Orange Juice, Sodium Benzoate and EDTA (to protect the taste), Caffeine, Potassium Citrate, Yellow #5 and Carob Bean Gum.

Diet soda is probably one of the healthier options should you want to have soft drinks. Also if you are diabetic, you could include diet sodas in your diabetic nutrition.This is because it contains 0% sugar. You may read more about it and the others in the articles diet coke nutrition facts and sprite nutrition facts.

Cream soda is obviously high in sugar. It's positive points are that it's low in sodium and has no cholesterol or saturated fat.

However, as would be apparent for most soft drinks, there is no nutritional value gained from consuming them.

Orange soda has no sugar, no saturated fat, no cholesterol and is low in sodium which are all good points.

Club soda is also very low in saturated fat and cholesterol but as far as gaining nutrients is concerned, there are none.

Here are the soda nutrition facts in summary: 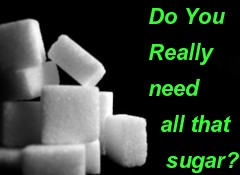 So now that we have some helpful information concerning soda nutrition facts, let's make the right decision about what beverages to drink.

Diet Coke is a common soda amongst those who are watching their calories or are diabetic. This article includes Diet Coke Nutrition Facts, Caffeine, Sugar, 12oz, Ingredients and more... It will also discuss the similarities and differences between Diet Coke and Coke Zero.

Pepsi is a popular soda pop. It has it's fair share of the market world wide. So what is it that makes people like Pepsi? This article covers Pepsi Nutrition Facts, 12 oz, 16 oz, 20 oz, Pepsi Max, Pepsi Cola, Diet Pepsi as well as Coke vs Pepsi. You will also get to learn a little about Pepsi history.

Sprite has become the leading lemon-lime flavored soda since 1978. It was introduced in response to 7 Up. This article includes Sprite Nutrition Facts for a 12 oz can, 20 oz bottle, Sprite Zero, Sugar content, and the Ingredients that make up the Sprite formula.

Coca Cola is the leading brand of soft drinks, followed by Pepsi. It is the choice of many people around the globe. This article covers Coca Cola Nutrition Facts for a 12 oz can, 2 liter bottle, 16oz and 20 oz bottles as well as it's Caffeine and Sugar content.

Back to Eating Healthy Home from Soda Nutrition Facts