Including the medical, APA and DSM definition of eating disorder

What is the definition of eating disorder 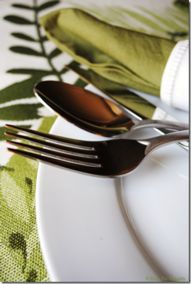 For better understanding and clarity we will define eating disorders in two ways.

The American Psychiatric Association's (APA) Diagnostic and Statistical Manual of Mental Health Disorders 4th edition (DSM-IV) have classified eating disorders as a mental illness, which often has a biological basis, and frequently co-exist with other psychiatric disorders such as depression, anxiety or obsessive-compulsive disorder.

Eating disorders are marked by extremes, such as;

It's been noted that though the incidence and prevalence of eating disorders is low, its outcomes are however serious. Those with eating disorders can suffer from other physical health complications such as kidney failure or heart conditions. Eating disorders occur mainly in adolescents as they begin to transition into womanhood and are now more self-conscious about how they look. Cases of eating disorders are also commonly reported amongst adult females, especially culinary students, female athletes, fashion models and ballet students.

There is so much influence and many pressures out there and our kids can get caught up in them. The definition of eating disorder helps us to understand some of the factors that contribute to the offset of eating disorders which include:

For more information on this, you may follow the link and read the article cause of eating disorder.

In the United States of America, anorexia nervosa is the third most common chronic condition among adolescent girls, after obesity and asthma. The offset of anorexia bulimia usually starts between fourteen and eighteen years, there are a few exceptions where this starts in junior school. Anorexia nervosa is characterized by a relentless pursuit of thinness and an unwillingness to maintain a healthy weight amongst other things. You may read more about anorexia in the following article anorexia recovery. 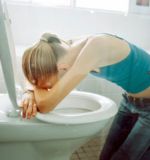 As noted in most commonly used definition of eating disorder, bulimia nervosa is characterized by a feeling of lack of control over eating. Sufferers eat unusually large amounts of food. It is followed by purging (e.g. vomiting, fasting, etc) to compensate for this large intake of food. The onset of bulimia is around the time of transition from adolescence to early adulthood.

According to the American Psychiatric Association (APA), bulimia nervosa occurs in 0.9-4.1% of the female adolescent and young adult population. Learn more about bulimia in the article bulimia recovery. Given the definition of eating disorder, we can safely conclude that psychological and medicinal treatments are effective for many eating disorders. You many read more in treatment for bulimia and treatments for anorexia.

With binge-eating disorder, it is somewhat similar to bulimia nervosa in that sufferers have a feeling of loss of control over their eating habits. However, unlike bulimia nervosa, binge eating disorder is not followed by purging. As a result, people who have this disorder often end up obese or overweight. To learn more about it and how it can be treated you may read the article binge eating treatment.

There is also what is known as pica. It is a medical disorder characterized by an appetite for substances that are non-nutritive. Examples include chalk, coal, metal coins, paper, soap, mucus, ash, gum, soil and even feces for some! Most of us at some point in our lives, especially when we were still kids or when we were pregnant,(if you are a woman, duh!) have suffered from this disorder. I know I did, I used to eat paper when I was a child! Having children of my own now I can only imagine what my mother had to go through to get me to stop, lol!

When you have pica, you can also have an abnormal appetite for some things that may be considered as food such as food ingredients. Examples include raw rice, raw potato, ice cubes, flour, margarine, etc. I have two friends of mine, one used to eat margarine and the other used to eat ice cubes, I'm sure you have your own stories to tell too. You may read about a few more examples such as eating dirt and eating hair.

Back to Eating Healthy Home from Definition of Eating Disorder