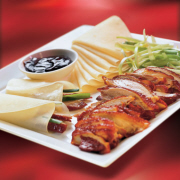 Chinese cuisine has become one of the favored cuisines across the globe. But what is it about Chinese food that people enjoy so much? We will briefly take a look at Chinese food and the nutrition facts as well as their style of cooking and culinary beliefs.

When it comes to Chinese cooking, fresh food is essential. Seasonal fruit and vegetables, live seafood and fresh meat is what the Chinese use to prepare their meals. This sure is a stark contrast with the way most of the Western countries prepare their food, especially their fast food. The Chinese are concerned mostly about food texture, its color, flavor and aroma other than nutrition. In fact, the Chinese are more interested in balancing eating the right foods other than eating from the five food group guidelines.

As we have mentioned already, emphasis is put more on freshness and the taste of food. In the Chinese diet, rice and noodles are an important part of meals. Rice, soup and three or four side dishes is what a typical Chinese meal will consist of. You will notice that meat is consumed in small portions whilst vegetables are in larger portions, which is a good thing. By doing so, although they are not concerned about nutrition, the Chinese actually do lead healthy eating lifestyles.

A lot of their food is not deep-fried, they rarely do so. It's actually only done so in restaurants and take outs in the Western countries. They do so in order to try and meet the expectations of their clientele there who are used to eating such foods. This is why issues of health and obesity and its implications are prevalent in the Western countries as compared to China. A few examples of such meals include sweet and sour pork, sweet and sour chicken and deep-fried shrimp. There will of course be some meals off the menu which try to keep to the Chinese cuisine as found in China. Those who are health conscious can pick these.

Daily Chinese cooking includes carbohydrates, vegetables (a lot of these), fruit, meat and seafood. Because of the Chinese are lactose intolerant, you will not find many meals that include the dairy product food group. They however substitute dairy products with things like tofu and soy milk. It's also interesting to note that the Chinese rarely eat canned or frozen foods. This is obviously because of their need for fresh food. 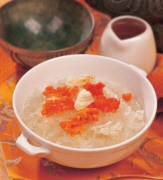 One other thing that the Chinese cuisine is known for is cooking just about every part of an animal. This they do as they believe that each part of an animal has a corresponding effect on the same human body part! For example, they believe that monkey brains will add wisdom and bird nest soup, which is bird's saliva, is said to increase one's appetite and replenish strength!

Because China has different weather patterns and different time zones, each region has its own cuisine. Examples include Shanghai Cuisine, Beijing Cuisine, Cantonese Cuisine, etc. The most common being the Cantonese Cuisine. In Cantonese cuisine, as already mentioned , freshness of ingredients is crucial as well as the actual cooking process. In this cuisine, food should not be overcooked and the texture should be just right. This means there should still be a tenderness and freshness about the food after cooking.

In brief, this is what Chinese food is about. We will now take a look at some Chinese food nutrition facts. The percent daily values are based on a 2,000 calorie diet. This means that your values may be higher or lower depending on your daily calorie needs.

Fried rice is one of the common starches you will find served accompanied with a meat or vegetable dish you may have chosen from a Chinese take out or restaurant. Chinese food nutrition facts on fried rice show that it is moderate in terms of calories and sodium content, does not contain fat, saturated fat or cholesterol. It is a source of Dietary Fiber, Protein, Vitamin A, Vitamin C, Calcium and Iron.

Nutrition facts on Chinese food General Tso's chicken prove that it is a great source of protein. We are after all talking about chicken here, so there's bound to be some protein. However, depending on the way you prepare it, you may lose some if not all of this protein. So gathering the facts of this chicken, we can see that the protein is supplied in great amounts. General Tso's chicken is also a good source of Dietary Fiber.

Chinese food nutrition facts of an egg roll reveal that it is high in calories and does not contain much in terms of nutrition. The sodium content is moderate and so is the saturated fat content. Other than this, there's not much you will gain from consuming this except perhaps the taste as well as some calories!

Garlic sauce is a delicious sauce. Add it to chicken, french fries or anything you may want to try it on and the meal goes down pretty well. Your taste buds tingle and go on a great taste ride. It is however important not to indulge in it too much as it may have high amounts of sodium, saturated fat and total fat. On the flip side, it's a good source of protein, Vitamins C, E, B6 and B12, Calcium, and Potassium. It's also a source of Magnesium, Dietary Fiber and Iron. 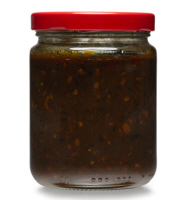 Shrimp and broccoli are another delicious choice off the menu. If you have seafood allergies you may have the alternative chicken and broccoli which is just as tasty. It is however a bit disappointing to note from these Chinese food nutrition facts of shrimp and broccoli, compared to its chicken and broccoli counterpart, that there aren't many nutrients to be gained from this meal. The good thing however is that it is moderate in terms of calories and total fat and does not contain any saturated fat, cholesterol and sodium.

Garlic chicken is yet another delicacy from the Chinese food. It's an excellent source of protein, providing you with 56% of your daily value. It is also a good source of Potassium and a source of Dietary Fiber. The fat and sodium content are moderate but may need to be looked out for.

Safeway chicken is a meal that is made up of rice or chow mein with orange chicken terriyaki or General Tso's chicken. This Chinese food nutrition facts reveal that it is a good source of Dietary Fiber. One of the functions of Dietary Fiber is to cleanse our digestive system and keep it in good health. The main concern here however are the calories in this meal. From a 2,000 calorie diet, this is just under 50% of your daily calorie needs from just one meal! You may want to look for a healthier alternative with less calories and is not deep-fried.

Sweet and sour pork is one of the popular dishes in Chinese cuisine. It's fat, saturated fat, cholesterol and sodium content are a bit on the high side. The good thing however is that it contains 12% of your daily value of Dietary Fiber. 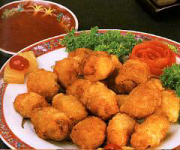 Overall, Chinese food as known by the Chinese themselves, and not the Westernized version, is mostly healthy and includes a lot of fresh vegetables and meats or seafood. The Chinese value their food and presentation and hence only choose the freshest of ingredients, which in the long run has healthier benefits. So if you haven't had any Chinese food, go ahead and try out something, but remember to look at the Chinese food nutrition facts first so you know what exactly you're putting into your body.

Back to Healthy Eating Home from Chinese Food Nutrition Facts