Even though there is an association between pediatric obesity and diabetes this is not the only dangerous outcome of being overweight or obese in kids. Obesity is also associated with a whole range of chronic illnesses such as cardiovascular disease (CVD), hypertension and even kidney disease. Obesity increases the risk of suffering from diabetes amongst young kids. 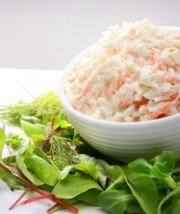 Type 2 diabetes is when the body of the child is failing to cope in producing adequate insulin to deal with an increased level of carbohydrates giving raise to high levels of blood sugar. Type 1 diabetes is therefore not typically associated with childhood obesity for the simple reason that it is actually a medical failure of a person's pancreas resulting in failure to produce insulin. This can occur due to some other reason which is not typically associated with obesity or overweight such as be the case with type 2 diabetes.

It is apparent in this association between childhood obesity and diabetes that what kids eat is of paramount importance. Type 2 diabetes in kids who are obese or overweight according to some weight control experts can easily be cured early by simply getting the child to loose more weight. Parents who have obese or overweight children will have to carry out some diabetes tests in order to establish the status of their children. Left unchecked diabetes can end in serious complications. This test is a blood test for blood sugar levels using commercially affordable blood glucose meters also known as blood sugar monitors.

The link between childhood obesity and diabetes should be a matter of serious concern for any parent for the simple reason that in most cases when diabetes develops it also increases the risk for other serious ailments. These will include high blood pressure, heart disease and even kidney disease. The state of things amongst children in as far as obesity is concerned have reached pandemic levels in the United States.

Type 2 diabetes was once considered by doctors to be predominantly a preserve of adults of over 40 years of age. This has since changed due to the poor eating habits of kids and their dreadful sedentary lifestyles. Now it is believed that of all the kids that were birthed in year 2000 one in every three will likely develop diabetes at some point in their lifetime.

Parents and caregivers will need to realize that type 2 diabetes as brought about by obesity in childhood which is the subject of discussion here will lead to a gradual decline in the health of the child. In other words the type 2 diabetes condition will get worse as the child's body continues to fail to absorb blood glucose into the bloodstream. The end result are complications such as heart disease, kidney failure and even loss of sight and limbs.

The association between childhood obesity and diabetes will likely remain alive and grow stronger in prevalence if nothing drastic is done to nip in the bud the rapid spread of obesity across the western world. It would appear the involvement of parents themselves will be more paramount than ever considered. Perhaps the starting point will be in arresting the causes of childhood obesity. Certainly the re-introduction of eating healthy habits at home will be of much more importance accompanied by an increase in quantity and quality of physical activity especially at school and also at home.

Yet another reason why the link between childhood obesity and diabetes should be taken seriously is because type 2 diabetes as mentioned earlier the main type associated with obesity has been found to be easier to prevent than to treat. It is agreed that the main solution to type 2 diabetes in kids and even adults is simply the implementation of drastic lifestyle modifications which will lead to weight loss. This certainly involves healthy eating habits. The main concern with the treatment of the disease are the side effects associated with the respective pharmacological drugs. These may even lead to cardiovascular complications.

Apart from the blood tests that can be carried out mentioned above to determine the presence of type 2 diabetes in an obese or overweight child, parents may also look out for specific signs and symptoms. This way childhood obesity and diabetes may easily be controlled when detected early enough. Kids may feel itchy on the surface of the skin and fatigued.

Fatigue is easy to tell in children as they become less engaged. They may also have blurred vision, suffer from heavy breathing. In fact kids may engage in a vicious cycle of eating as type 2 diabetes symptoms may include increased hunger even shortly after a meal. This apparently does nothing but add to weight gain. Other symptoms may also include frequent urination and dry mouth.

Back to Healthy Eating Home from Childhood Obesity and diabetes