The causes of childhood obesity have long been an area still open to much debate, research and elaborate scientific study. By definition obesity is considered to be when an individual's BMI is above 30 or when an individual's average weight is over by 20 percent. The problem of obesity has become so widespread so much that it has been considered a worldwide pandemic affecting both adults and children. The dangers of childhood obesity are vast hence the urgent need to deal with the problem especially amongst children.

When considering causes of childhood obesity it is best to categorize them into specific groups in order to clearly communicate the problem. In general terms experts are still having difficulty identifying the leading cause of childhood obesity. This is because of all the childhood obesity causes known to science and experts there is yet a conclusive research study to identify a single leading cause. This has been due to the complex nature of data required and the fact that many years are necessary to track the activity of individuals to make a clear determination of the cause of the problem.

We present the following known causes of obesity in childhood grouped into certain groups;

The Natural Or Medical Causes Of Childhood Obesity

Doctors, nutritionists and researchers acknowledge that even though playing a rather small part, there are known childhood obesity causes which occur naturally. In particular certain hormonal imbalances may lead to obesity in kids. This means these kids will be having a particular problem with certain hormones leading to uncontrollable weight gain for example. This can happen when lack of hormones leads to slow metabolism which in turn facilitates weight gain.

It has been observed that certain diseases such as thyroid disease may also pay a role in leading to obesity as they directly affect the hormonal balance of hormones responsible for metabolism. Specific known diseases are hypothyroidism and cushing's syndrome. Further medical causes of childhood obesity will include genetically related issues. It is possible for an obese condition to run genetically right through the family. Certain diseases of the brain may also lead to excess weight gain.

Depression is also a viable cause of weight gain which can become uncontrollable. When a person is in depression they may eat uncontrollably in a bid to deal with their condition. This can equally affect children leading to childhood obesity.

Other causes of obesity in children will be as a result of side effects of certain medications. Weight gain can come through the use of certain pharmaceutical drugs to stop smoking for example. Some high blood pressure drugs may also lead to weight gain.

Socio-Economic Causes Of Obesity In Children

Experts agree that there are certain factors that play a crucial role in the development of excessive weight gain in kids in today's society. One important factor to note is the fact that most parents hardly have spend time with their children. This lost time would otherwise be important in inculcating good eating habits and also overseeing what foods kids eat. Due to busy lifestyles most parents find it easier to leave the decision on what to eat to the child or other caregivers. The various economic challenges and social settings are also fueling obesity. In some societies weight gain is considered prestigious and an important status symbol.

The role of modern day television, radio, internet and bill board media and marketing is also a formidable cause of childhood obesity. The media is fueling a certain notion about eating habits which is distractive to the health of kids who consume these media messages. For example fast food is glorified and presented as both an effective way to save money and time. 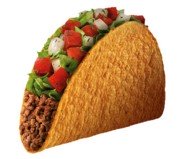 Even though there yet scientific evidence to support this widespread view, it is largely believed that lifestyle approaches play a leading role in obesity in children. As mentioned earlier, due to socio-economic issues children may have have less access to better eating habits due to absent parents. One of the greatest sources of poor meals in America and the western world in general has been fast food. Childhood obesity in America is a serious problem.

Most kids today eat more fast food and sugary snacks which are known to be the lading causes of weight gain and poor health in general. These unhealthy eating patterns lead to excess energy intake which translates itself into weight gain over a period of time. In general it has been observed that an increased number of kids get their food away from home. This makes room to eat unhealthy. The food pyramid is an important guide as to what kids are supposed to eat in order to have a healthy and balanced diet. It can be proved that a large number of kids are not following this pyramid recommended by healthy eating experts in America.

Yet another factor predominantly associated with excessive weight gain in kids has been the wide spread practice of a sedentary lifestyle. Many kids hardly have activity. Much of the activity enjoyed by children some 30 to 40 years ago has been lost due to television, video games internet and other forms of entertainment that hardly gets kids active. This explains the modern explosion of interactive video games designed to get children active whilst playing. Studies show that kids that are spending more time behind screens computer or TV also have greater weight that those who are active the rest of the time.

Left uncontrolled obesity in children can led to long term problems. As kids develop into adulthood they increasing become more vulnerable to high blood pressure, diabetes, kidney disease amongst many other chronic diseases. The combination of obesity, hypertension and diabetes can easily prove to be fatal. This makes it very important and urgent to teach kids to eat healthy by not only eating certain foods but also lots of fruits and vegetables such as bananas, apples, oranges and strawberries amongst many others.

Back to Healthy Eating Home from Causes Of Childhood Obesity