Covering childhood obesity in America, statistics and compared to other countries 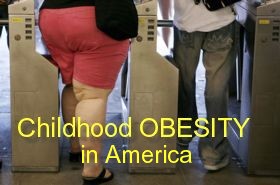 America, also referred to as the "fast food nation" is one nation in which cases of childhood obesity are on the rise, and on the rise FAST. In just twenty years, the number of obese or overweight children and adolescents in America has tripled. This is largely due to changes occurring in the social and physical environments of children. Most of our children and adults lead sedentary lifestyles. There is little or no exercise at all and a serious, untamed consumption of high calorie foods. Most of what our kids are eating now is fast food which is full of saturated and trans fats and not forgetting soda pop which is laden with sugar.

It's apparent therefore why cases of obesity are fast on the rise. In fact one has said that, at the rate in which obesity is going, obesity will now begin to appear as the "normal weight" seeing as the number of obese people has since overtaken those who are not. Childhood obesity and the rate at which it is rising is one of the most serious health concerns facing the United States today. It is occurring right across the board, from both boys and girls, to all racial and ethnic groups, to all states and socioeconomic lines, no one is left out, whether you are African American, Hispanic or Native America.

So it is crucial that we ourselves know fast food nutrition facts as well as soda nutrition facts so that we know just what exactly we are allowing our kids to eat. When we know and understand the implications of consuming such foods, we can then pass on the information to our kids so they can begin to have healthy eating habits.

Home and school environments both influence the choices that children make regarding food and physical habits. The problem has been that in these environments there has not been set the right example of how to eat healthy. This is not to say we can never consume fast food or soft drinks ever again. There are healthier choices which we should opt for. Follow the above links and learn more about them.

Studies have shown that American kids are not having enough fruits and vegetables in their diet. In fact, they are hardly eating a balanced diet. The food pyramid was developed to guide us in coming up with a healthy eating plan. So we need to use it to our advantage and help nip the rise of childhood obesity in the bud.

Childhood Obesity in America Statistics and Compared to other countries

Childhood obesity facts have shown that by 2003-2004, 17.1% of children and adolescents in America were overweight, this figure had tripled over a period of just 25 years. Due to the rise in childhood obesity in America, it is predicted that one in three American children will eventually become diabetic, which in itself will pose an almost unimaginable cost and disease burden on the country. You may be wondering what diabetes has to do with childhood obesity. Learn more in the article childhood obesity and diabetes.

Childhood Obesity in America Compared to The United Arab Emirates

In the United Arab Emirates, in the recent years, there has been a rise of risk factors of heart disease such as obesity, high blood cholesterol levels and hypertension to 27%, 53% and 37% respectively. Childhood obesity in America, as in this and other regions has reached epidemic proportions. Just a few years ago, you would not hear of type 2 diabetes in children, nowadays it is the condition seen routinely in children. This is largely due to an increase in; 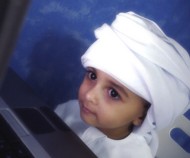 Clothing has also been seen to play a contributing role to the rise of obesity. In the United Arab Emirates, both men and women, boys and girls wear their traditional robe, known as a 'dish-dash'. In the American culture where they wear trousers, jeans and the like, one can easily tell when they are putting on more weight as their clothing would either become too tight and uncomfortable or it just won't fit. However, the 'dish-dash' is a loosely fitted clothing and one would not be able to immediately tell that they are gaining weight.

There also are socio-cultural barriers which need to be broken in the mindsets of many Arabian, African as well as Mediterranean communities. Being overweight is widely perceived as a desirable thing, and that's not the half of it. It is mostly considered as a sign of financial success and good health in these communities, and honestly speaking, this is far from the truth.

Being overweight doesn't mean that you're healthy, it may in fact cause you to develop other health conditions such as cardiovascular diseases. You can learn more about these in the article dangers of childhood obesity. While it may show to a certain extent that you have financial freedom, what it mostly shows are your bad eating habits and choices and perhaps a bit of ignorance on the importance of eating healthy and the benefits of healthy eating. We're in no means here to condemn you, but to help you, so take no offense if you belong to the group just mentioned.

According to the results from the National Children's Nutrition survey, 21.3% of New Zealand's school children aged between 5-15years were overweight and 9.8% were obese. There have been some childhood obesity prevention and treatment programs in Auckland such as Food with Attitude and Kids In Action. When the latter program was tried out on some kids in 2003, evaluation showed that 70% of children had either maintained or lost weight and 42% had actually lost weight. Both New Zealand and America are coming up with initiatives to try and curb childhood obesity and the effects thereof.

In Australia, over a quarter, 25% of South Australian children are obese or overweight, and there are indications that these rates are continuing to rise. Something that's of particular concern in Australia, which is also happening in the United States is that children are highly consuming energy dense foods and drinks, particularly in school environments. The vending machines in the schools in both these countries have a lot of energy-dense foods and drinks which have low or no nutritional value at all, and this is what our kids are eating. 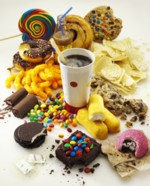 The media has also been playing a big role in supporting this kind of eating. It's sad to note that a lot of money is spent advertising foods that are not as nutritional, such as soda pops, trans-fat-full fast food (a bit of a tongue twister huh? lol), candy, etc, and the same vigorous campaigning is not put towards eating healthy. This is not something that's just happening in Australia, it's global.

Childhood obesity in America and in every other country places an economic burden on the health care systems, as well as contribute to costs associated with decreased productivity and with death. In Australia, according to the Department of Health and ageing, the latest estimates suggest that the true cost of obesity may now be as high as $1.3 billion Australian dollars per year and that figure is fast rising.

Childhood Obesity in America Compared to the United Kingdom

A study in the UK has reported that 23.6% of British children under the age of four are overweight, compared with 14% ten years earlier. It is often said that Britain lags behind America by a few years in cultural patterns. However, when it comes to obesity, trends in obesity do indeed follow, with a delay of a few years, those in the United States. Should things not change and this epidemic tackled head-on, we will see children dying before their parents as a consequence of childhood obesity, and this will be the first generation to witness this.

As the statistics and information has shown, there really is a serious problem globally with regard to childhood obesity. If this is not handled with the due urgency, we're heading to nations where probably 95% of the populations will be obese and one can only imagine the health and economic costs it will have on a country. You can read more about what's causing this epidemic to surge and how to prevent it in the following articles: causes of childhood obesity and childhood obesity prevention.

Childhood Obesity in America and Michelle Obama's take on it

The first lady of the United States, Michelle Obama started a campaign to fight childhood obesity in America. Her initiative is called "Let's Move"- America's Move to Raise a Healthier Generation of Kids. President Obama also announced a creation of the first ever Task Force on Childhood Obesity. This taskforce will conduct a review of every single program and policy that relates to children's physical activities and nutrition as well as develop a national action plan which will set solid ground for the first lady's national goal through the "Let's Move" campaign.

Both these initiatives are committed to addressing the many causes and possible solutions of childhood obesity in America. Mrs Obama's national goal, which some have said to be 'ambitious' is to nip obesity and the challenges associated with it in the bud so that by the time kids who are born today get to adulthood, they will reach it at a healthy weight. The four pillars of the Let's Move campaign are: 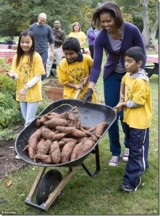 This is more than just policies and obligations for Michelle Obama, it is her passion and mission. She has been quoted saying, "I am determined to work with folks across this country to change the way a generation of kids thinks about food and nutrition." Her campaign is aimed at engaging every possible sphere of influence that children are in, from schools to families, to communities, and provide them with simple tools that will help kids be more active, eat better and get healthy.

Here is hoping that all these efforts will be fruitful and every nation will begin to see a decline in childhood obesity in the coming years. This in turn will mean that, adult obesity will decrease as the younger generation will be growing up a healthier people.

Back to Healthy Eating Home from Childhood Obesity In America